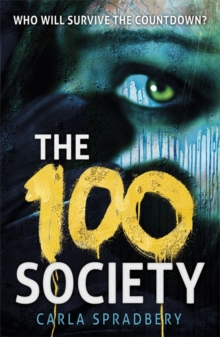 For sixth-form student Grace Becker, The 100 Society is more than just a game; it's an obsession.

Having convinced her five friends at Clifton Academy to see it through to the end, Grace will stop at nothing to carry out the rules of the game: tagging 100 locations around the city.

With each step closer to the 100-mark they get, the higher the stakes become.

But when the group catches the attention of a menacing stalker - the Reaper - he seems intent on exposing their illegal game, tormenting Grace with anonymous threats and branding their dormitory doors with his ominous tag.

As the once tight-knit group slowly unravels, torn apart by doubt and the death of a student, they no longer know who to trust.

With time running out, Grace must unmask the Reaper before he destroys everything she cares about for ever... With its mix of horror and mystery The 100 Society is perfect for fans of Point Horror and James Dawson. 'A pleasingly dark teen thriller with fun, fresh characters.

Spradbery is a debut author to watch.' James Dawson