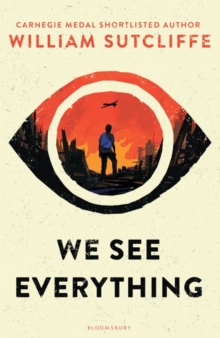 NOMINATED FOR THE CILIP CARNEGIE MEDAL 2019SHORTLISTED FOR THE RED TENTACLE AT THE KITSCHIES 2017 A gripping and powerfully relevant thriller set in a reimagined London where drone surveillance is the norm.

We See Everything, from internationally bestselling author William Sutcliffe, simmers with tension and emotion. Lex lives on The Strip - the overcrowded, closed-off, bombed-out shell of London.

He's used to the watchful enemy drones that buzz in the air above him.

Alan's talent as a gamer has landed him the job of his dreams.

At a military base in a secret location, he is about to start work as a drone pilot.

These two young men will never meet, but their lives are destined to collide. Because Alan has just been assigned a high-profile target.