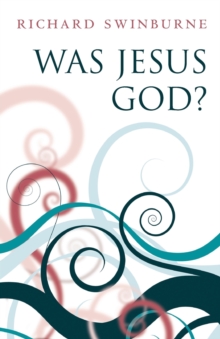 By: Swinburne, Richard (University of Oxford)

The orderliness of the universe and the existence of human beings already provides some reason for believing that there is a God - as argued in Richard Swinburne's earlier book Is There a God ?

Swinburne now claims that it is probable that the main Christian doctrines about the nature of God and his actions in the world are true.

In virtue of his omnipotence and perfect goodness, God must be a Trinity, live a human life in order to share our suffering, andfound a church which would enable him to tell all humans about this.

It is also quite probable that he would provide his human life as an atonement for our wrongdoing, teach us how we should live and tell us his plans for our future after death.

Among founders of religions, Jesus satisfies uniquely well therequirement of living the sort of human life which God would need to have lived.

But to give us adequate reason to believe that Jesus was God, God would need to put his 'signature' on the life of Jesus by an act which he alone could do, for example raise him from the dead.

There is adequate historical evidence that Jesus rose from the dead.

The church which he founded gave plausible interpretations of his basic message.