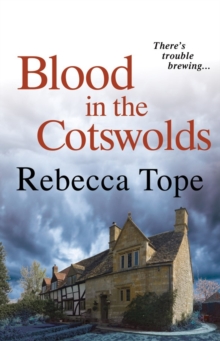 Blood in the Cotswolds

Thea Osborne and her faithful spaniel, Hepzie, have taken on another house-sitting assignment, this time in the very quiet village of Temple Guiting.

Detective Superintendent Phil Hollis is looking forward to visiting for a night or two and celebrating the couple's one year anniversary, but a slipped disk in Phil's back soon puts an end to their romantic weekend.

As it turns out, having a policeman on the scene is not entirely unnecessary in the little village.A few days into their stay, a pile of human bones are discovered in the base of an uprooted tree.

There is no concrete evidence as to who the bones belonged to though the locals all have their theories and rumours abound.

Thea and Phil find there is a strong connection to the Knights Templar in the village with most locals claiming to be descendants of some or other lineage.

Temple Guiting turns out to have more than its fair share of secrets and Thea and Phil find their relationship tested to the limits as they try to prevent another murder investigation from threatening the quiet solitude they hold so dear.

Completely unputdownable, "Blood in the Cotswolds" is the fifth in Rebecca Tope's immensely popular series.