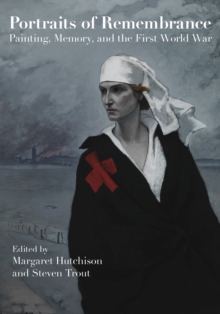 Portraits of Remembrance : Painting, Memory, and the First World War

Part of the War, Memory, and Culture series

Interdisciplinary collection of essays on fine art painting as it relates to the First World War and commemoration of the conflict. Although photography and moving pictures achieved ubiquity during the First World War as technological means of recording history, the far more traditional medium of painting played a vital role in the visual culture of combatant nations.

The public's appetite for the kind of up-close frontline action that snapshots and film footage could not yet provide resulted in a robust market for drawn or painted battle scenes. Painting also figured significantly in the formation of collective war memory after the armistice.

Paintings became sites of memory in two ways: first, many governments and communities invested in freestanding panoramas or cycloramas that depicted the war or featured murals as components of even larger commemorative projects, and second, certain paintings, whether created by official artists or simply by those moved to do so, emerged over time as visual touchstones in the public's understanding of the war. Portraits of Remembrance: Painting, Memory, and the First World War examines the relationship between war painting and collective memory in Australia, Austria, Belgium, Canada, Croatia, France, Germany, Great Britain, New Zealand, Russia, Serbia, Turkey, and the United States.

The paintings discussed vary tremendously, ranging from public murals and panoramas to works on a far more intimate scale, including modernist masterpieces and crowd-pleasing expressions of sentimentality or spiritualism.

Contributors raise a host of topics in connection with the volume's overarching focus on memory, including national identity, constructions of gender, historical accuracy, issues of aesthetic taste, and connections between painting and literature, as well as other cultural forms.