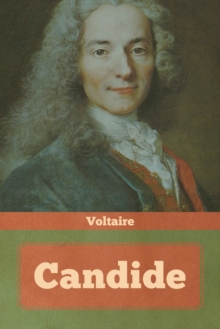 François-Marie Arouet (21 November 1694 – 30 May 1778), known by his nom de plume Voltaire was a French Enlightenment writer, historian, and philosopher famous for his wit, his criticism of Christianity, especially the Roman Catholic Church, as well as his advocacy of freedom of speech, freedom of religion, and separation of church and state.

Voltaire was a versatile and prolific writer, producing works in almost every literary form, including plays, poems, novels, essays, and historical and scientific works. He wrote more than 20,000 letters and more than 2,000 books and pamphlets. He was an outspoken advocate of civil liberties, despite the risk this placed him in under the strict censorship laws of the time. As a satirical polemicist, he frequently made use of his works to criticize intolerance, religious dogma, and the French institutions of his day. (wikipedia.org)

Voltaire’s name has always evoked vivid reactions. Toward the end of his life he was attacked by the followers of Rousseau, and after 1800 he was held responsible for the Revolution. But the excesses of clerical reactionaries under the Restoration and the Second Empire rallied the middle and working classes to his memory. At the end of the 19th century, though conservative critics remained hostile, scientific research into his life and works was given impetus by Gustave Lanson. Voltaire himself did not hope that all his vast quantity of writings would be remembered by posterity. His epic poems and lyrical verse are virtually dead, as are his plays. But his contes are continually republished, and his letters are regarded as one of the great monuments of French literature. He bequeathed a lesson to humanity, which has lost nothing of its value. He taught his readers to think clearly; his was a mind at once precise and generous. “He is the necessary philosopher,” wrote Lanson, “in a world of bureaucrats, engineers, and producers.” (britannica.com)