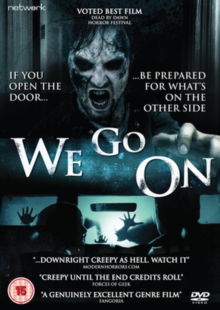 Petrified by the mere thought of driving and gripped by constant agoraphobia, Miles whiles away his time working from home as an editor for infomercials.

When he begins to experience incessant nightmares about his death Miles can no longer bear his fear of his own doom.

He offers a $30,000 reward to anyone who can present a convincing case for the possibility of an afterlife of some sort.

Despite receiving more than a thousand responses Miles narrows his options down to only three, but one by one these reveal themselves to be unsatisfactory or simply disturbed.

When Miles happens to meet an unremarkable man named Nelson (Jay Dunn) however, he begins to find answers and immediately regrets his curiosity.