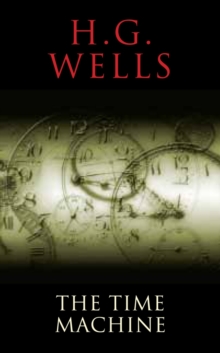 Part of the TAP Classics series

Man can move easily enough in the three dimensions of space - why not the fourth: Time?

An intriguing after-dinner conversation takes an unexpected turn when the host produces a small machine, which promptly disappears into thin air.

It has been sent into the future, he says. Or maybe the past. As his sceptical guests try to fathom what they have seen, the host unveils a full-size machine, nearing completion.

At a similar gathering one week later the host appears late, ghastly pale and badly dishevelled.

He has seen the future, witnessed the evolutionary path Man has taken.

It is a world populated by the Eloi - exquisite, frail, gentle creaturesliving in harmonious communes.

They suggest to him a theory: that Nature has been tamed, violence eradicated - even intelligence is redundant in this secure, comfortable future-world.

It is a theory that soon needs revising. "Later," he tells his guests, "I was to appreciate how far it fell short of the reality." This dark vision of human destiny established H.

G. Wells as the founding father of science fiction, long before that term became part of the literary lexicon.