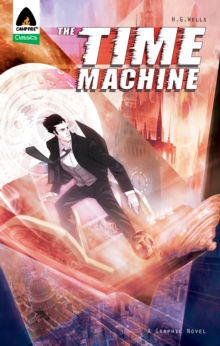 What would you do if you could travel in time?

An intrepid adventurer, known simply as the Time Traveller, meets his friends for dinner one night. During the conversation, he baffles them with his wild ideas about moving forwards or backwards in time. His claims are met with disbelief. Even when he proves his theory with a real-life experiment, his associates simply claim that he is a trickster - a magician. Yet, a week later, he enthralls his acquaintances yet again. He tells a story so unbelievable that it can't be true... or can it?

The Time Traveller's tale tells of our courageous explorer's discoveries in another time. Does he find intelligence and technology beyond his wildest dreams? Or is the world filled with dreaded monsters? There's only one way to find out...