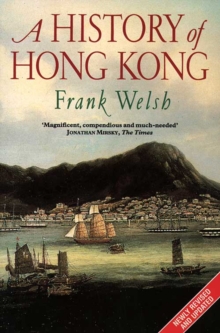 A history of Hong Kong

In 1842 a "barren island" was reluctantly ceded by China to an unenthusiastic Britain. "Hong Kong", grumbled Palmerston, "will never be a mart of trade".

But from the outset the new colony prospered, its early growth owing much to the energy and resourcefulness of opium traders, who soon diversified in more respectable directions.

In 1859 the Kowloon Peninsula was sold to Britain, and in 1898 a further area of the mainland, the "New Territories", was leased to Britain for 99 years - the arrangement from which the present difficulties spring.

Despite its extraordinary economic success, which has made it one of the world's leading commercial centres, Hong Kong has never quite shaken off the raffishness of its early days.

It has continued to be a source of embarrassment to British governments, and now, as its enforced return to China approaches, its future is the focus of worldwide attention and speculation.

This work is an evocation of Hong Kong and the characters of those who shaped it, from its buccaneering origins to its post-war growth.