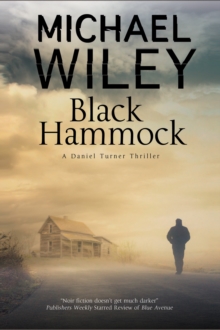 Part of the A Detective Daniel Turner Mystery series

We had set out from Atlanta to kill my mother and her husband. A slow kill.

Oren has returned to the family home he last saw when he was eight years old. Eighteen years later, he is bent on an elaborate scheme of revenge.

Homicide detective Daniel Turner was never able to forget the unsolved case, the disappearance of Amon Jakobsen all those years ago. Convinced the man was murdered, he was never able to prove it. Now he has returned to the isolated house on Black Hammock Island following reports of a disturbance. Is this his chance to find out what really happened to Amon eighteen years before? And will he be in time to prevent history repeating itself?