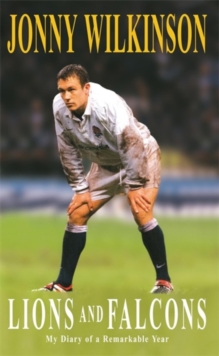 Lions and Falcons : my diary of a remarkable year

Since then he has established himself as England's regular fly-half.

He has also won three British Lions caps.In this diary of the 2000-1 season, he takes the reader behind the scenes of his career at Newcastle Falcons, England and on to the British Lions tour to Australia in summer 2001.

He talks about the players' strike in November 2001, the foot and mouth crisis, his preparation for the matches, training, what really goes on the pitch - and explains about his life away from the rugby field.

This title builds up to a portrait of the modern professional rugby world, viewed from the very pinnacle of the sport.