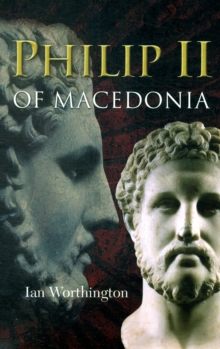 But what of his father, Philip II, who united Macedonia, created the best army in the world at the time, and conquered and annexed Greece?

This landmark biography is the first to bring Philip to life, exploring the details of his life and legacy and demonstrating that his achievements were so remarkable that it can be argued they outshone those of his more famous son.

He reveals the full repertoire of the king's tactics, including several polygamous diplomatic marriages, deceit, bribery, military force, and a knack for playing off enemies against one another.

The author also inquires into the king's influences, motives, and aims, and in particular his turbulent, unraveling relationship with Alexander, which may have ended in murder.

Philip became in many ways the first modern regent of the ancient world, and this book places him where he properly belongs: firmly at the center stage of Greek history.