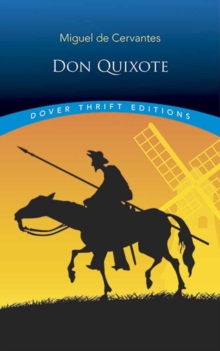 "The final and greatest utterance of the human mind." — Fyodor Dostoyevsky.

A founding work of modern Western literature, Cervantes' masterpiece has been translated into more than 60 languages and the novel's elderly knight, Don Quixote, and his loyal squire, Sancho Panza, rank among fiction's most recognized characters.

This monumental parody of chivalric romances and epic of heroic idealism presents a strikingly contemporary narrative that also reflects the historical realities of 17th-century Spain.